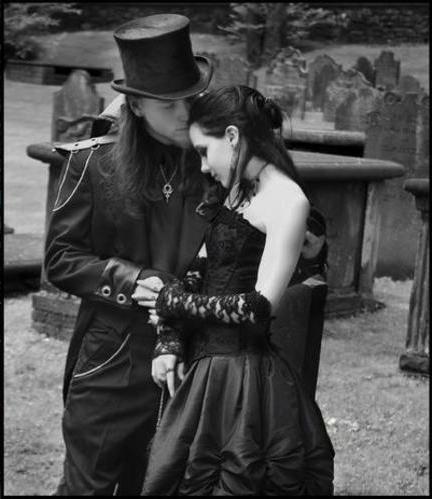 How did goth begin?

Goth is a subculture that began in the 80s as a spinoff of punk music and fashion. Ripped fishnets and leather jackets became intermixed with the color black and ghastly makeup. The edgy hairstyles were still intact, but with a more dramatic and outstanding look. The music slowed down and became bleaker, bringing synthesizers and pianos into the mix. It was also a renaissance of Victorian attire, celebrating ruffled shirts and elaborate coats that stretched to the knees. More than anything, the core value of Goth was an appreciation for the darker side of life.

How has goth evolved?

As the decades have progress, goth has picked up many influences along the way, becoming integrated with new wave, synthpop, electronic, ambient, shoegaze, and even rave music. This fusion of scenes and music has led to a plethora of new fashion styles as well as a greater diversity in the music available to the average listener. The unifying theme is one of drama and introspection, a daring to delve into one’s own psyche and explore what’s there. Goth in its current state is a broad mixture with a few unmistakable, defining traits.

What are proper goth clothes?

The exact fashion style has arbitrary barriers, but colors such as black and red are never fashion crimes in the goth subculture. Anything that conjures a sense of drama or mystique evokes the style of goth. Fashion companies such as Demonia and Lip Service are trademark goth clothing stores that pander to people who are not afraid to wear their hearts on their sleeves. Fashion is just one way to become a goth, but it is one of the most obvious and striking facets.

What is proper goth makeup?

Once again, it’s the dramatic and the macabre that evokes the gothic. Black eyeliner and lipstick are always acceptable, but some goths go out on a creative limb to design exotic patterns on their faces that highlight the eyes and the lips—the most sensual parts of the face. Nail polish of the black or red variety will always go with whatever look you’re aiming for.

Yes. Always. Don’t get too wrapped up in the fashion sense, especially if you don’t have the money. Embracing an all-black ensemble suggests such as much as a Victorian coat.

Gender roles mean very little in the goth subculture. People are encouraged to keep those structures at bay while they’re looking for the outfit that suits them the most. Where can I meet other goths?

Goth bars and clubs are always bound to have a few black-clad clubbers lurking around. Don’t be afraid to approach them, just as you would approach anyone else in life. If any bands that are well known in gothic circles come to your town to play shows, you’re bound to meet some friendly faces that way as well.

What kind of music is played at goth clubs?

Everything that’s managed to find its way into the subculture! Post-punk, deathrock, darkwave, ethereal, ambient, dream pop, new wave, synthpop, industrial, EBM, aggrotech, witch house—the limit is the scene’s willingness to listen. If you attend a goth night and don’t hear “Bela Lugosi’s Dead,” don’t panic. Be willing to explore what other great songs and bands that goth has to offer you. You might be pleasantly surprised. 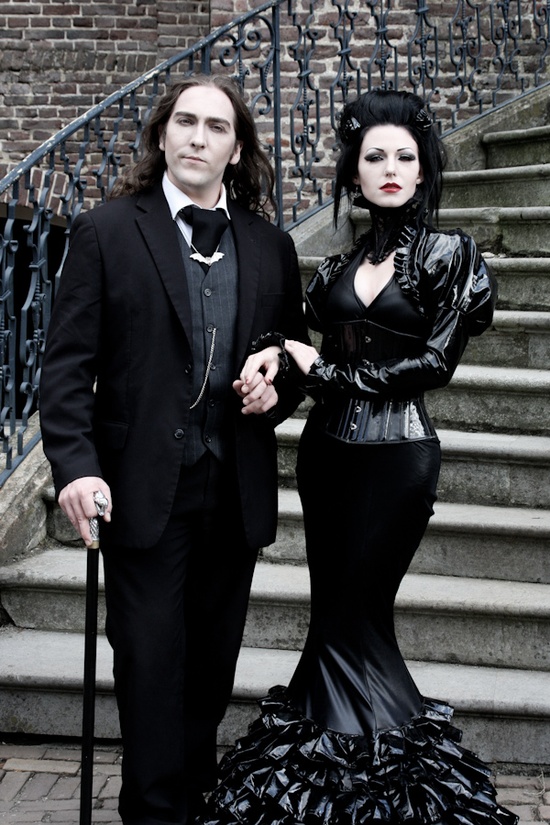 Can I interact with normal society and still be goth?

Of course you can. In fact, plenty of goths do it, even if they’re not all willing to admit it. They still have day jobs—some have very important careers—and they stil have bills to pay and families to tend to. Not being afraid to be who you are doesn’t mean minimizing the importance of other areas in your life. If someone tells you otherwise, their relationship with reality needs some tuning.

Friends and other people are put off by my appearance – what do I do?

You deal with it and move on. Not everyone is going to understand why you do what you do, and that’s okay. You have to know yourself better than they are ever willing to know you, even if it’s your family. The willingness to be yourself is immensely liberating, and that is worth far more than the favorable opinions of other people. If you truly are a goth, then you will learn to grapple with this throughout your life.