Even though the vast majority of us are actually pretty friendly and personable underneath the make up and scowls, it is certainly fair to say that many people have a lot of preconceptions about Goth culture. This in turn can sometimes lead to prejudice and some pretty asshole-ish behaviour from some quarters in the wrong situation, and also, mark us out as targets for people who have nothing better to do than hang around waiting for someone a bit different to kick the shit out of.

…who was beaten to death while walking with her boyfriend in a park in Lancashire, police forces across the UK have really begun to sit up and take notice of people singling out and attacking Goths and other members of alternative subcultures for violence. Many police forces are now working in partnership with The Sophie Lancaster Foundation to tackle the issue, and the Greater Manchester Police (GMP) was the first force in the country to recognise attacks on members of the Goth, Punk, Emo and Metal sub-cultures for what they are: Simple, mindless hate crimes.

Unfortunately, most of us have been subjected to some form of prejudice simply due to how we look or dress, ranging from snide comments and full frontal insults when you’re just going about your business, to actual threats and violence at the top end of the scale. Many older Goths have some real horror stories to tell, and many will tell you that unfortunately, in some areas, this used to come with the territory.

Vice Magazine interviewed a whole range of people in Manchester just last year, and sadly, it would seem that for some people, little has changed. Many well-known Goth voices such as The Blogging Goth also have plenty to say on the subject too.

However, violence, intimidation or threats are things that no person should have to face for any reason, and it is not ok for any of us to accept this type of behaviour. But if you’re faced with a hostile crowd or some meat head with an EDL tattoo who appears to be just gagging to kick your head in, what can you do about it?

If you’re in a dodgy area or spot a potential threat, it is all too easy to hunch yourself up to try to make yourself as small as possible, and scuttle along out of the way. However, this is tantamount to pasting a big target on your back with a sign saying “kick me”: Thugs and people who think that the perfect Saturday night is not complete without getting fighty will sniff you out like sharks in the water. Keep your head up, move purposefully but don’t hurry, and let your bad-ass self carry you forwards.

No I don’t mean that when you spot a circle of mouth breathers you should get out your ninja death star, but that by being aware of your surroundings and staying on the ball, you can spot a potential problem long before you find yourself in the thick of it. Use this opportunity to work out what you want to do; do you want to take another route, wait for friends, or carry on? Personally I am a big fan of carrying on, because I don’t believe that anyone should have to walk afraid anywhere in the UK, or avoid areas for fear of what might happen. 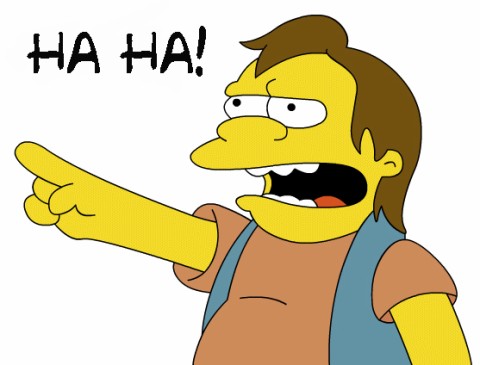 The element of surprise or being forward with your potential Nelson can also really throw off the usual patter and thought processes of those with a shoe size higher than their I.Q., so plaster on a smile, make eye contact, say “alright guys, had a good night?” and keep walking. Engage people first, and they will often find that they don’t know what the hell to do with you now, even if they were planning on rearranging your face a few seconds beforehand.

If you do find yourself in the shit or concerned about what you are walking into, make sure someone knows. Text or call someone with your location, and ask them to check back with you. Don’t be afraid to start hollering at the top of your voice if you’re being pushed around or threatened; this may well put off your would-be attackers, but also prompt others nearby to look over, and if not intervene, at least possibly call the police.

Look out for your mates

It should go without saying, but look out for your mates, and make sure that everyone gets home safely. Travel in packs after a night out if you can, and don’t leave anyone standing alone at an empty taxi rank waiting for a ride, no matter how much they insist that they will be fine. Check up on each other at the end of the night, to make sure that everyone got home safely.

Finally, if something bad has happened to you, REPORT IT. Especially if you are attacked or hurt, but also if you got pushed around and managed to get yourself out of it, or if you find that in certain places, folk are apt to call imaginative insult at you such as, erm, “Hey, Goth! You’re a w***ker!”

The police can’t do shite for you if they don’t know that there is a problem, after all. Even if there is nothing tangible that they can do about a long-gone gang of bottom feeders that hurled abuse at you in the street, it does help police forces to collate data about problems and stand a better chance of getting funding to tackle localised issues.

Stay safe out there.

Have you been singled out, victimised or attacked because of your Goth affiliation? Share your story.